Music for Other Occasions 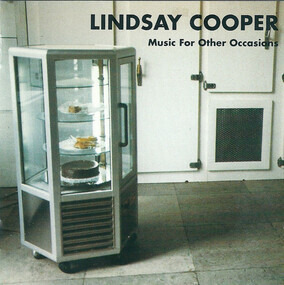 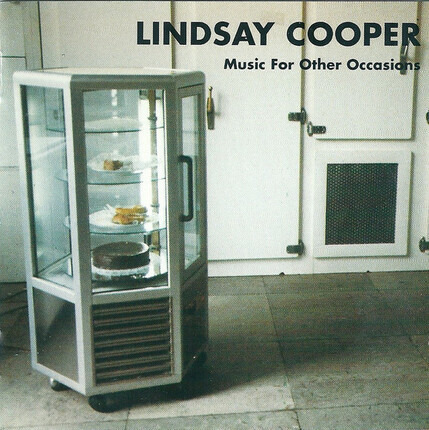 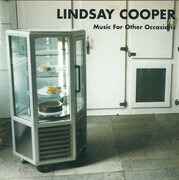 Note
Music For Other Occasions
Description

Thanks to (l27413) and to everyone who commissioned the music.

'Speed Of Light', 'Iceland The Long Dance', 'As She Breathes', 'Elegy' and 'They're Moving In' are studio versions of the music from 'Face On', a solo dance and song show by Maedée Duprès, which toured in 1983. 'Iceland The Long Dance' was choreographed by Sally Potter and 'Elegy' by Richard Alston. The music was commissioned by Maedée Duprès with funds provided by the Arts Council of Great Britain.
'Belfast' is from 'Green Flutes', a (l205299) television documentary about a Republican flute band from Glasgow. Directed by Nancy Scheisari, 1983.
'The Number 8 Bus', 'Torn Away', 'No Missiles', 'Who Knows?' and 'Excahnge' are from 'Hang On A Minute', a series of one minute films for (l205299) television by Lis Rhodes and Jo Davis, 1984.
'Plate Dance' is from 'The Time Of Their Lives' by Burnt Bridges theatre group, 1984.
'Royal Courts Of Justice' and 'Julia / End Credits' are from 'Breaking The Silence', a film about lesbian mothers for (l205299) television. Directed by Melanie Chait, 1984.
'The Assassination Waltz' is from Monstrous Regiment theatre group's production of 'The Execution' by Melissa Murray, 1982. Arranged from the marching song 'Don't Lose Heart' by N. Peskov, 1873.
'Domestic Bliss' is a comedy/drama made for Channel 4 television. Directed by Joy Chamberlain, 1984.
'Next Century' is from 'Das Nächste Jahrhundert Wird Unseres Sein' (The Next Century Will Be Ours), directed by Claudia von Alemann for (l72457) television.
'From Morning Till Midnight' is from the Soho Poly Theatre production of 'From Morning Till Midnight' (Von Morgens Bis Mitternachts) by George Kaiser.
'The Colony Comes A Cropper' is from Monstrous Regiment theatre group's production of 'The Colony Comes A Cropper' by Marivaux/Robyn Archer.
'Fledermaus' is from the Playbox Theatre (Melbourne) production of Cafe Fledermaus' by Robyn Archer.
'We'd Rather Fly' is from 'Wir Wollen Lieber Fliegen Als Kriechen' (We'd Rather Fly Than Crawl), directed by Claudia von Alemann for (l72457) television.

Made in Austria (on CD)'[discogs]