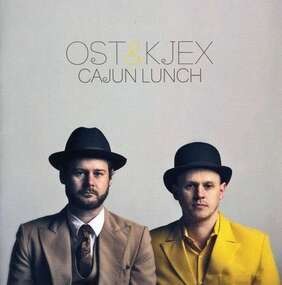 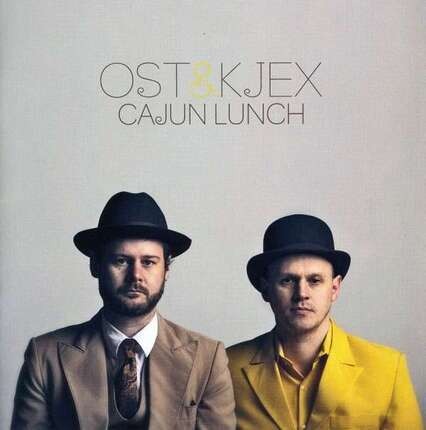 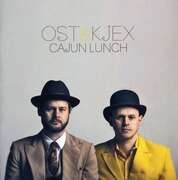 With a sound that straddles electro, funk, disco and house, Oslo based duo Ost & Kjex return with their second long-player 'Cajun Lunch' on Hamburg based imprint, Diynamic.Having released their cheese fixated (and indeed sampled) debut album 'Some Cheese but not all Cheese comes from the Moon' in 2004 the food obsessed Norwegian pair have released a multitude of EPs and remixes on labels such as Crosstown Rebels, Planetnoise, Modular, Snick Snack, Punkt, Dialect and now Diynamic Music and played in venues and festivals all over the world including Fabric (UK), Panorama Bar (DE), Moog (ES), Fusion Festival (DE), Hove Festival (NO), Nu Music (NO) and Noveau Casino (France) to name a few. The debut album, to their big surprise awarded them a nomination for best electronica album at the Norwegian Grammys and the pair continued to develop their sound on releases such as 'More Songs About Cheese And Revolutionary Tarts', 'How Not To Be A Biscuit' and 'Boston Food Strangler'.Since then the food boys have awoken, got their hands on some serious sounds and started shredding out tunes aimed at the dance floor. In the summer of 2008 they stumbled upon Hamburg based Croatian Solomun, resulting in a collaboration track called 'Federgewicht' (Featherweight) and the beginning of their association with Diynamic whilst only last summer the pair contributed vocals on the dance floor hit 'Summertime' by UK producer Jamie Jones. In between live shows and remixing the busy food geeks have now prepared their second course for your delectation. As the title suggests 'Cajun Lunch' mixes elements of delta blues and bayou basslines into their organic house sound, especially on the guitar filled 'Bluecheeseblues Parts 1 and 2′ but also in the general laidback atmosphere that envelopes every track. From the opening sun-kissed grooves of 'Mosambiquetravelplan' featuring Bugge Wesseltoft on piano to the sexed-up funk of 'Continental Lover' and the deep house tones of 'The Yellow Man' the boys co[was]