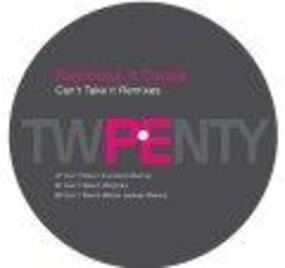 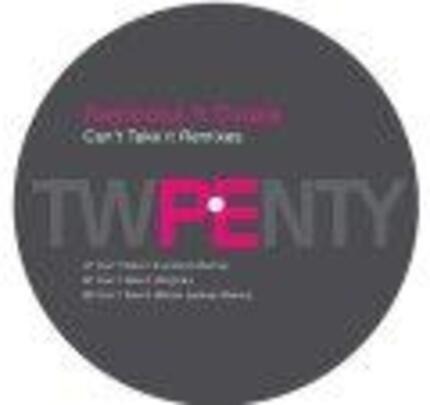 In 2011 Carl Craig's Planet-E imprint turns 20. To celebrate, as well as a world-wide label tour starting in March 2011, Craig is releasing a best of Planet-E compilation - entitled '20 [email protected]#&ING Years - We Ain't Dead Yet' (released digitally February 22nd / vinyl in June), and releasing a monthly remix release from the Planet-E back catalogue, where friends of the label choose their favourite Planet-E release and add their take on it. The first in the remix EP series is Luciano's remix of Recloose's 'Can't Take It'. Originally released in 2000, the package also comes with a Milton Jackson remix, as well as the coveted original. Swiss / Chilean producer Luciano, owner of Cadenza Records and a DJ to witness-with-reason, creates almost 13 minutes of rhythmic anticipation that leaves you lost in a trance. Luciano will be a heavy feature on the Planet-E 20 Tour, with Carl Craig / Luciano back2back sets planned in Dublin, Liverpool, Miami, Germany and more to be announced... 'I've been following Planet E since my early days, I could only say 'yes thanks' when Carl asked me doing this remix for the 20 years birthday of the label... The Luci family mix...' - Luciano The futuristic and soulful original - fusing Electronic, Hip-Hop and Jazzy elements - comes next, Detroit based Recloose released his first ever EP on Planet-E in 1999, entitled 'So This Is The Dining Room', three EPs followed including 'Can't Take It'. Milton Jackson, best known for his releases on Tronicsole and Glasgow Underground, creates an analogue heavy / bass heavy remix - deep house almost venturing into techno... Coming in April will be the Kirk Degiorgio remix of Martin Buttrich's 'Full Clip'. Remixes from artists including Ricardo Villalobos, Dubfire, Richie Hawtin, Loco Dice, Seth Troxler, Francois K, Mad Mike Banks, Dennis Ferrer and others will follow in 2011. Stay tuned for more news. One of the leading electronic music labels in the history of the genre, Planet-E, is taking a moment to celebrate and share a bit of its history, before getting back to the business of looking forward to the future. [goodtogo]