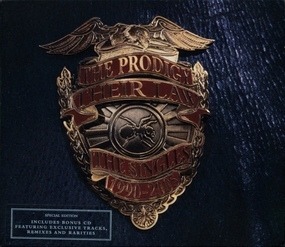 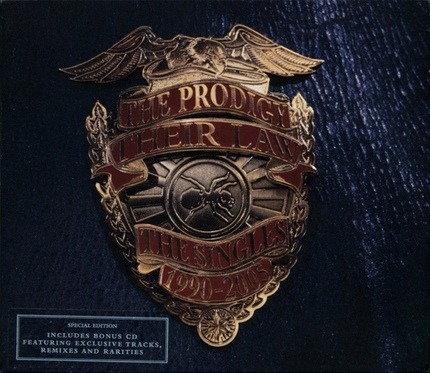 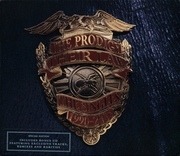 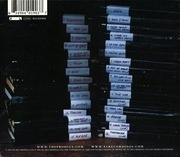 Not many of the mixes have been mentioned on this album. To save confusion; the following have been identified:
1-2 - Their Law (Their Law Album Edit)
1-6 - Poison (95 EQ Edit)
1-8 - Voodoo People (Their Law Album Edit)
1-9 - Charly (Alley Cat Mix)
1-10 - No Good (Start The Dance) (Original Mix)
1-11 - Spitfire (05 Version)
1-12 - Jericho (Original Version)
1-13 - Everybody In The Place (Fairground Mix)
1-14 - One Love (Original Mix) *previously unavailable in CD format however, this is actually an edit of the full Original Mix found on XLT 47, so should be (Original Mix Their Law Album Edit) or something different to the standard 'One Love' (Edit).
1-15 - Hotride - Although it is the exact same track this version is roughly 1.75% faster than Hotride (Always Outnumbered Never Outgunned, XLCD 183). The key has been pitched up proportionate to the percentage. Notice the spelling differences.
2-5 - No Man Army - Same title as 'Smack My Bitch Up' CD Single track (XLS 90 CD) however this version is roughly 7.2% faster (but is in the same key) it has a shorter duration and is roughly 116BPM (The other version is roughly 108BPM).

'Firestarter' and 'Firestarter (Live)': Sample of Breeders 'SOS' courtesy of 4AD / Elektra (by arrangement with Warner Special Products). Sample of 'Close To The Edit' by Art Of Noise under license from ZTT Records Ltd.
'Smack My Bitch Up' contains portions of 'Give The Drummer Some' by Ultramagnetic MC's from their album entitled 'Critical Beatdown' used courtesy of Next Plateau Records.
'Girls' contains elements from 'Style Of The Street' performed by Broken Glass, licenced courtesy of Abyss Music Ltd. Published by Abyss Music Ltd. and elements from 'You're The One For Me' written by Hubert Barclay Eaves III, James Williams, published by Zella Music (BMI) and Blue Image Music (PRO) (and as administrator for Diesel Music (BMI)), both divisions of Unidisc Music Inc. Used by permission. All rights reserved.
'Hotride' contains elements from 'Up Up And Away' written and composed by Jim Webb. Published by EMI Sosaha Music Inc / Jonathan Three Music Co. Used by permission. All rights reserved.
'No Man Army' Tom Morello appears courtesy of Epic Records.
'The Way It Is (Live Remix)' contains elements from 'Thriller' by Michael Jackson. Published by Rod Songs / Almo Musiccorp (ASCAP), used by permission. Sample recreated at Rinse Productions.
'We Are The Ruffest' features a sample taken from 'Live The Life' performed by The Sindecut. Published in 1990 by W.M.A. Music and owned by Virgin Records.
'Your Love' contains elements from 'Shelter Me' by Circuit. Coypright Chrysalis Records.
'Spitfire (Live)' recorded for Dutchview, produced for 3FM