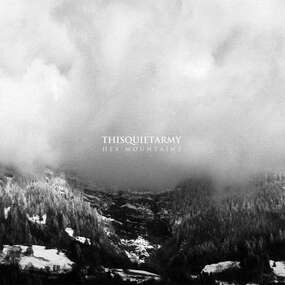 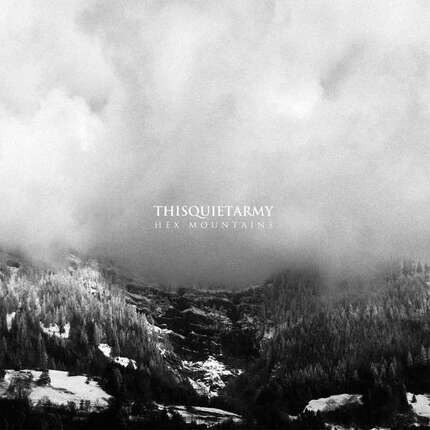 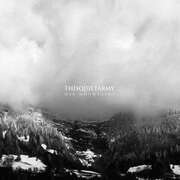 LP with thick cover + thick printed inner sleeve, 180g vinyl, free mp3 download. Hex Mountains encompasses thisquietarmy's sonic growth through his latest travels & encounters across the world. Touring & sharing the stages with monumental bands such as Year of No Light, Caspian, Om, Deafheaven or Russian Circles has definitely marked his desire to take it up a notch. In an attempt to follow that ambition, Eric Quach leaves the misanthropy aside and enlists the help of drummer Scotty Rooney (Alaskan), bassist Dorian Williamson (Northumbria/Adoran) and vocalists Émilie Bresson & Jeanne Peluard (Monarch) to add fresh elements to TQA's sound: thundering drums, thick foggy bass and witch-like shrieks, while retaining thisquietarmy's signature drone-based soundscapes that remain omnipresent throughout the record. The collaborative sessions were recorded live in the Basque countryside and in various urban parts of Canada, then brought back together in the studio to extract its essence, crafting as a result TQA's heaviest and darkest album yet. The epic guitar riffs, the explosive melodies and the uplifting beats will make you soar, but the creepy noise sorcery, the mental screams and the weighty burden will also make you want to throw up. From one peak to the other, climbing Hex Mountains is one hell of a trek.[cargo] 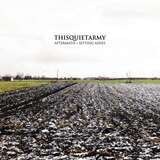 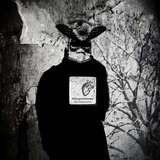