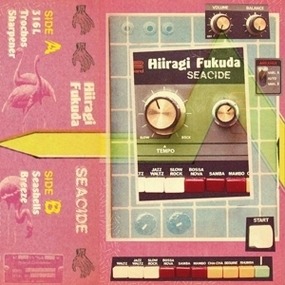 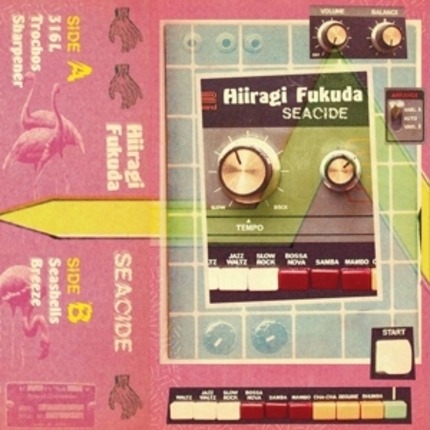 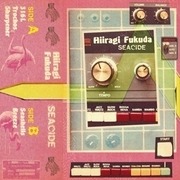 Hiiragi Fukuda turned a lot of 'heads' with his 2013 album 'My Turntable Is Slow ' - released on NY label Selection Records. For many outside of his hometown of Tokyo, Japan it was their first introduction to the guitarist & experimental musician. TiM hopes to carr y his name into 2015 with the release of 'Seacide' - Fukuda's first foray into synthesizer music. Orginally released as a criminally limited cassette on Sloow Tapes, 'Seacide' is entirely instrumental & improvised, with Side A (the 'synth' side) executed on a Yamaha monophonic synth, it 's hypnotic drones & pulses echoing out of his practice amplifier and carving out sonic territor y akin to NY pioneers Suicide as well as UK Industrial godfathers Throbbing Gristle. Trochos's metallic heartbeat radiates a meditative spirituality while the back & forth sway of 'Sharpener ' conjures up images of 8-bit generated waves cascading over a computer-coded sea side. Side B (the 'guitar side') features Fukuda's stratocaster, with opener 'Seashells' easing out a fragile, mechanical lullaby, while album closer 'Breeze' features more of Fukuda's soulful finger-picking atop a jaunty bossa beat. The album was recorded in just two days by Fukuda himself in his Tokyo bedroom, with a Boss DD-6 (as a Loop machine - it can record only 5.2 seconds) & captured sonically by a Sony TCM-400 onto a cheap cassette tape (made in indonesia). This edition of 'Seacide' comes pressed onto black vinyl & includes a download code. The album is also released on CD. RIYL: Suicide, Les Rallizes Denudes, Ruth White, Matchess, Throbbing Gristle[cargo]