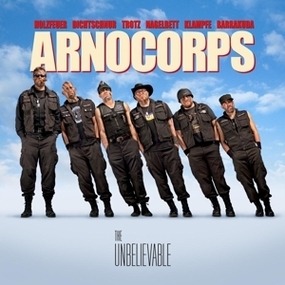 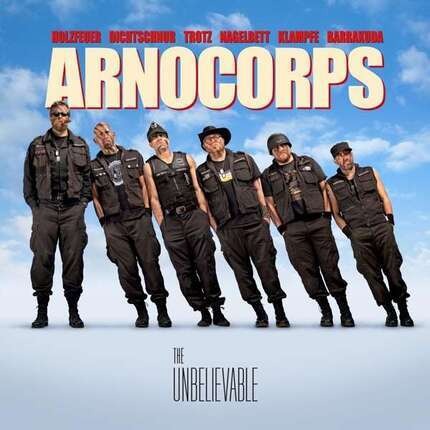 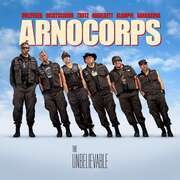 The Unbelievable features guest appearances from Jello Biafra and Jesse Luscious (Blatz). For fans of Turbonegro, Manowar, Gwar, The Misfits. Arnocorps, inventors of Action Adventure Hardcore Rock 'n' Roll, continue to inspire heroes and sheroes world-wide! Their latest classic The Unbelievable was recorded in recognition of over fifteen years of undying support that spans the globe! These sonic allegories contain the unmistakably ballsy Austrian-accented vocals, complemented by the band's patented 'heroic symmetry' lineup of two guitars counterbalanced by two bass players and defiant drums. With the runaway success of the band Kickstarter crowdfunding campaign for this record, Alternative Tentacles decided to accompany it with first-ever vinyl pressings of the band's two previous self-released CDs. The Ballsy and The Fantastic round out their latest as the most heroic trilogy of vinyl releases of all time, with a combined strength that restores integrity to nearly all Austrian myths bastardized and exploited by Hollywood!'[cargo]