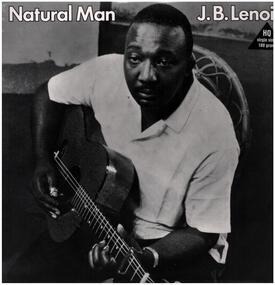 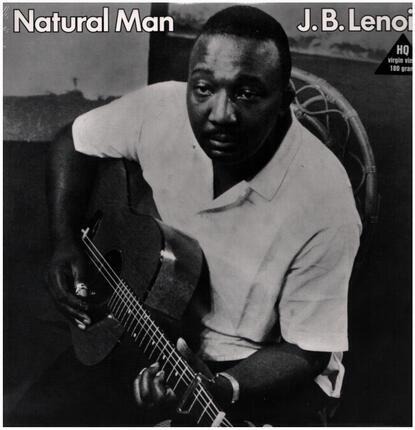 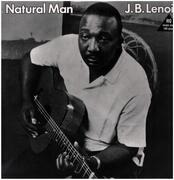 (Compilation) 'This LP of original Chess recordings (1951-1955), originally released on the label as 78s, is a ‘best of’ Delta bluesman J.B. Lenoir’s early period. Introduced onto the Chicago blues scene in 1949 by Big Bill Broonzy, Lenoir was soon recording regularly for labels like Job and Chess. By the time his “Eisenhower Blues” was released for Parrott Records in 1954, Lenoir’s beautiful voice and talent for songwriting had made him a big man on campus. The protest song, which criticized President Eisenhower and his tax policy, was fast on its way to becoming a hit when it was unceremoniously yanked from shelves by government censors. However, J.B. was not deterred, and continued his social / political criticism with songs like “Korea Blues” - and later “Down In Mississippi” and “Vietnam Blues”. However, he was not without a sense of humour as well, and wrote songs like “Don’t Touch My Head” about his new process hairdo.'[discogs]

Tracklist
1
Natural Man
1
Five Years
2
Mama, What About Your Daughter
2
Don’t Dog Your Woman
3
Give Me One More Shot
3
I Don’t Know
4
Everybody Wants To Know
4
Good Looking Woman
5
JB’s Rock
5
If I Give My Love To You
6
If You Love Me
6
Carrie Lee
7
Low Down Dirty Shame
7
Korea Blues
8
Don’t Touch My Head
8
Eisenhower Blues
9
When I Am Drinking
9
Let Me Die With The One I Love
10
I’ve Been Down For So Long
10
What I Have Done
Credits
Written-By
J.B. Lenoir
Vocals
J.B. Lenoir
Tenor Saxophone
Ernest Cotton
Piano
Joe Montgomery
Guitar
J.B. Lenoir
Drum
Al Galvin
Bass
Willie Dixon
Alto Saxophone
Alex Atkins