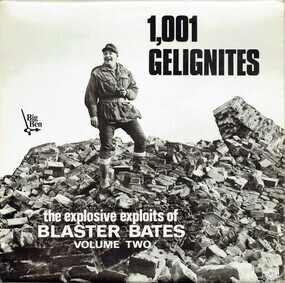 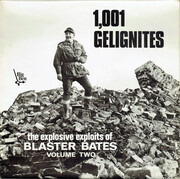 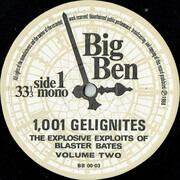 On rear cover:
1,001 Gelignites: The Explosive Exploits Of Blaster Bates Volume Two
Recorded live just after the annual general meeting of the North West regional group of British Junior Chambers of Commerce at the Almond Brook restaurant, Standish, near Wigan except for stories 3 and 4 which were recorded at a meeting of the Congleton Round Table, May 1967
A Mike Steyn production
Printed by West Brothers ∙ Printers

Tracklist
1
Introduction
2
Ladies' Luncheon Club
3
Behind The Scenes At BBC-2
4
Batesy In The Graveyard
5
Widening The A.5
6
'Mammy!'
7
All Our Heads Will Roll
Credits
Sleeve, Design
Robert Morgan
Sleeve Notes
Vincent Mulchrone
Photography By
The Daily Mirror 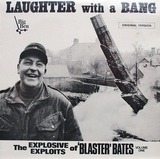 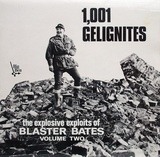 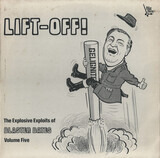 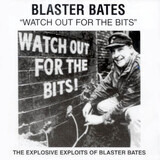 Watch out for the BitsBlaster Bates 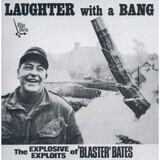 Laughter with a BangBlaster Bates 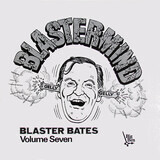 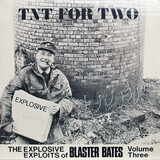